When you think of Quentin Tarantino and all his movies, you would be surprised when you find out he has directed only 9 movies till date (counting both versions of Kill Bill as one, like Quentin does). So out of those 9 power packed movies, we will be producing the five best movies according to us as well as the general consensus. 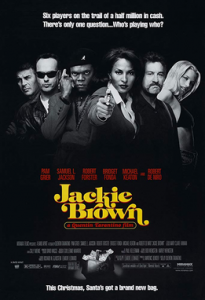 Inspired by Elmore Leonard’s novel Rum Punch, Tarantino has directed this movie with Pam Grier as the lead role. One of the more interesting aspects of this movie that many people might not know is how Tarantino managed to pay his respects to the Blaxploitation movies that were so popular in the 1970s. This specific sub-genre within the genre of Exploitation movies featured a lot of African American actors as the heroes and the main protagonist rather than a smaller role of a sidekick. Tarantino was able to portray the same with the romantic relationship between a desperate flight attendant (Grier) and a bail bondsman (Robert Forster) who work together in ripping off her boss (Samuel L. Jackson). This movie is certainly well deserving of the No. 5 spot and a must watch. 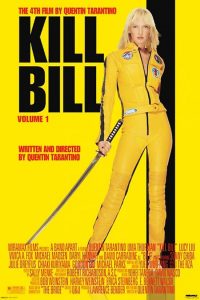 When Tarantino did not release a movie for six whole years, he definitely had the people worried. When he finally came in with the first part of a two part saga of Kill Bill, worrisome days were over just like that. This movie had over the top surreal action scenes with Uma Thurman slinging her sword around and slitting throats and legs, basically she was a badass in the movie. Pop Culture certainly took notice of this movie with all the references such as Eastern Kung Fu and then the anime part of the flashback. People were hooked instantly and couldn’t wait for six months to fly by to see how it all ends. 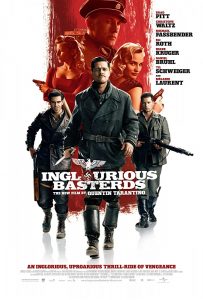 Who can forget the opening scene of the movie, with Beethoven’s Fur Elise running in the background while Christoph Waltz rides towards the house to give a heady monologue. This movie is one of my favorites from Tarantino because of how perfect and immaculate the casting has been done for the movie. Brad Pitt as the badass Lt. Aldo Raine, Christoph Waltz as the Colonel and the evergreen and righteous actress, Diane Kruger as Bridget von Hammersmark. It is overall an amazing movie with wonderful set-pieces! 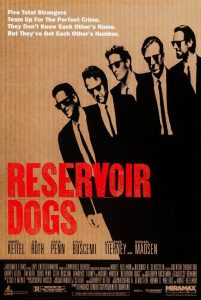 The movie that started it all for Tarantino, Reservoir Dogs helped him establish himself in the movie industry as the next-gen Scorsese. It all starts with a group of people who do a jewelry heist together until they start turning against each other trying to figure out who the police informant could be. Tarantino casts himself in the movie as one of the members of the group, Mr. Brown. Yup, all the characters are given a certain color for their code name. This movie was successful in completely revolutionizing the genre cinema right from the early 90s. 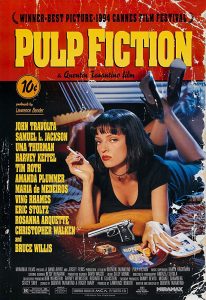 I believe we all knew this would be the automatic pick. Many tiny details from this movie, to this date even after almost three decades, is being discovered only for the first time. That is how awesome this movie really is. With tons of pop culture references, this movie a first of its kind was THE movie that put Tarantino under the spotlight. With every dialogue being quote-worthy and full of iconic scenes, impeccable casting and an accurate representation of the director’s personality Pulp Fiction has been able to establish itself as the crowned jewel for Tarantino’s throne.

Well folks, this right here is our personalized list for Tarantino’s blockbuster movies. I have included a few honorable mentions who barely failed to make the cut as well. Do let us know what would you have ranked otherwise and why.

7 things that MEN notice in WOMEN at first sight - YOU SHOULD KNOW ?