The world is in shock as to how bad 2020 can keep getting with the recent death of yet another celebrity, Chadwick Boseman. Better known for his role as King T’Challa in ‘Black Panther’, Boseman has been confirmed dead at the age of 43 after battling colon cancer since 2016.

As a tribute to Chadwick Boseman, we will be looking at his career outside of the Marvel Cinematic Universe (MCU) and talk about his various contributions to the movie industry. If you haven’t watched these movies, they certainly should get in on your list. 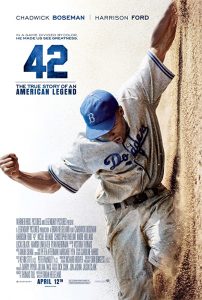 Written and directed by Brian Helgeland, this movie stars Boseman as Jackie Robinson who manages to become the first African-American to play in Major League Baseball back in 1947. Based on a true story, Boseman was able to portray Robinson‘s role aptly and was able to completely justify an iconic player in the history of Baseball.
Boseman was nominated for ‘Breakthrough Performance of the Year’ for his acting in this movie at the Acapulco Black Film Festival (2014) and Black Reel Awards (2014). 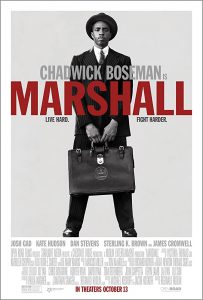 Directed by Reginald Hudlin, Marshall is a story about Thurgood Marshall, who was able to become the first African-American Supreme Court Justice. Boseman stars as Thurgood Marshall who battles his career-defining case to achieve victory in the end. This movie was even nominated for an Oscar for ‘Best Achievement in Music Written for Motion Pictures’. 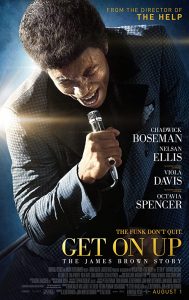 Tate Taylor directed a movie about James Brown, a 20th century American singer and musician. Boseman plays the role of James Brown and beautifully shows the struggle of how an extremely poor man achieves the unbelievable heights of success and becomes one of the most influential musicians in history.
Like every other movie, Boseman was nominated several times for his role in this movie as well. 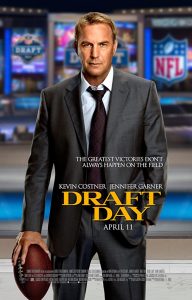 Ivan Reitman directed this movie which is about a General Manager, Sonny Weaver who is on the verge of building his team during the NFL Draft. Boseman plays as the Ohio State linebacker, Vontae Mack in the movie. He later goes on to become a top prospect in the draft class to follow. 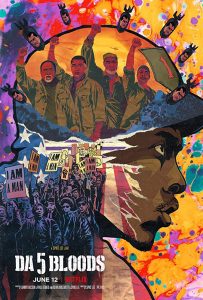 This movie was directed by Spike Lee, which also turned out to be the last movie featuring Boseman before his death. This was released on Netflix in June of 2020. This is a story of how four African American vets go back to Vietnam on a hunt for the remains of their squad leader along with the gold fortune that he helped them hide.

Boseman’s Instagram states clearly that all of his MCU movies along with other various projects, were completed when he was undergoing countless surgeries and chemotherapy. Among these projects, all of them have already been released except for one, Ma Rainey’s Black Bottom.

Besides this one, Boseman also might or might not have contributed to an animated project of Marvel’s, What If…? An adaptation of the play Yasuke was also supposed to star Boseman along with Viola Davis. But it is highly unlikely that the project has begun filming yet.

The loss of yet another talented celebrity has hit the whole world this 2020. Boseman is the latest of the lot to join the list of Sushant Singh Rajput, Kobe Bryant, Irrfan Khan, Rishi Kapoor, Naya Rivera, Mary Pat Gleason and so on.