Pawri Ho Rahi Hai is the latest meme trend  which is going viral on the Internet. Many people are making memes similar to the viral meme.

Zomato and Swiggy have also hopped onto the bandwogan with the similar posts.

It is video shot by Pakistani influencer Dananeer. And the famous musician Yashraj Mukhate made a hilarious song with the viral video.

The meme went viral worldwide . the funny way of pronouncing  the word ‘Party’ was hit with the users who gave their own spin to the meme. 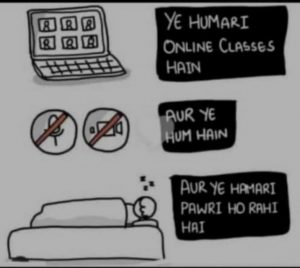