SpaceX’s Crew-1 Dragon spacecraft docked with the International Space Station who arrived at ISS on the night of Nov. 16, 2020, Monday as the spacecraft maneuvered itself autonomously in a delicate parking job some 250 miles above the surface of the Earth. 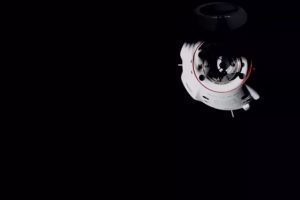 “Congratulations to SpaceX and NASA. This is a new era of operational flights to the International Space Station from the Florida coast.” Noguchi added his thoughts in Japanese, ending his words in a phrase in English: “All for one; Crew-1 for all.”

SpaceX’s Crew-1: The beginning of a six-month stay in orbit

The Crew-1 team is slated to stay onboard the space station for the next 6 months, eventually returning to Earth in the Crew Dragon in the spring of 2021. It’s a long-term trip that a future crew will do every six months or so on the Crew Dragon, helping to keep the space station operate continuously for NASA. In fact, just before the Crew-1 astronauts leave, a new crew of four will arrive inside another SpaceX capsule on a mission aptly named Crew-2.

The spacecraft is traveling at 17,500 mph and revolves around the Earth every 90 minutes. Since its launch at 7:27 p.m. Sunday, the Dragon capsule, dubbed “Resilience” by the crew, had been chasing it down, burning its engines to align itself. It approached slowly, passing through a series of “waypoints” where controllers surveil conditions and permit the spacecraft to proceed only if it was safe and all systems were operating correctly.

Hopkins and crewmates Victor Glover, Shannon Walker, and Japan’s Soichi Noguchi — join two Russians and one American who flew to the space station the month before. Glover, a space rookie, is the first African American to move into the station as part of a long-trial mission.

It is the first time there have been seven long-duration crew members aboard — a situation that has caused a scramble for beds. At the minimum temporarily, Resilience commander, Hopkins will sleep aboard the capsule, while his crewmates sack out on the ISS. They ended their eight-hour sleep time shortly after noon and reported being in good spirits in the climate-controlled cabin, where the spacecraft was being kept at 75 degrees.

Though there have been more astronauts aboard the station for a few days at a stretch, NASA explains this is a permanent increase of the long-term crew size.

“We’re not done yet. We have to move on further,” Kathy Lueders, the director of NASA’s human spaceflight directorate, said during a press conference after the launch Sunday evening. “That spacecraft is out there with those precious crew members on it, and we’re going to get them to the International Space Station.

How to be Happy ? here are 10 simple ways to be happy.