Lionel Messi shook the whole world to its core when he said that he wanted to leave FC Barcelona this summer. While the wounds of their thrashing by Bayern Munich in the Champions League were yet to heal, Messi wanting to leave has tore upon those wounds even wider for many Barcelona fans. Although it may come as a shock to most of these fans, but the tell-tale signs had started to show from quite some time. First, we look into why actually did things come to this for Barcelona with the help of a twitter thread from Ben Hayward.

Lionel Messi has told Barcelona he wants to leave the club this summer. But how did it come to this? A thread…#MessiLeavingBarça #FCB pic.twitter.com/IiIkQo3yAR

The thread starts off with Hayward addressing Messi’s frustration at Barcelona’s lackluster performance in Champions League for about five seasons now. The exits of Xavi (2015), Alves (2016) and more importantly Neymar (2017) have also played a crucial role in it. Messi also addressed his and the club’s fan before the start of 2018-19 season that they would do everything in their hands to win the Champions League and yet they were outplayed at Anfield. While the club tried replacing Neymar with the likes of Coutinho, Griezmann and Dembele, none of them were able to perform well while Messi constantly pursued the club to try and bring back Neymar. After the sacking of Valverde, Bartomeu had no option but to seek out Quique Setién, who was at that moment, out of work. When Setién could not improve Barca’s game record, a bigger scandal hit the market that Barcelona apparently paid a social media firm to make sure Bartomeu’s reputation was kept intact and instead to target the players, including Messi. And soon enough, Setién was also replaced by Koeman after that horrendous 8-2 defeat by Bayern. Messi was thought to be have been furious at the incompetency and how his “privileges” were to come to an end. It also didn’t help Barca that they decided to release Suarez over the phone just like that.

Where could Messi potentially go next? 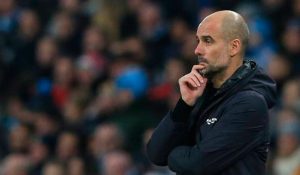 Now, let’s talk about who are the current favorites to sign Messi right now. Yep, you guessed it right, it is clearly none other than Manchester City. Although City fell short during the Champions League as well as the Premier League this season, the strategy and mindset of the club resonates perfectly with what Messi is seeking further in his career. And the project conducted by Manchester City was by default made in such a way that Pep was attracted to be the coach and a player like Leo Messi, their star player.

Sky Sports wrote an article regarding Messi’s current contractual agreements. For now, Messi still has a contract with FC Barcelona till the summer of 2021. In that contract, there was a buy-out clause of 700 million euro that the potential suitors would have to pay Barcelona to take Messi away. The staggering price and Messi’s emotional connection made it almost impossible for anyone else to sign Messi but the events that unraveled this week has made it more likely than ever. The contract also says that Messi could leave for free at the end of a season if he wanted to. Although Messi did file for a transfer request, Barcelona will contest to it and try to hold onto him no matter what. The clause specifically said that Messi could leave the club as a free signing at the end of the season, which if it were not for the Corona virus pandemic, should’ve been in May. Messi will obviously contest by saying that the season ended in August, regardless of the pandemic, the season’s end happened in August so he can leave as a free signing.

For now, the waters are a bit muddy as to if Messi will leave the club, and if he does, will it be as a free signing or will the whopping 700 million euro buy-out clause be invoked. The case could potentially be taken to a courtroom or it might be solved internally. Either way, the whole world will be watching intently as to what will arguably the best player of his time’s future look like.