After delivering several Bollywood chartbusters, rapper Badshah has come out with his debut album titled O.N.E. (Original Never Ends). It first track titled “Heartless” which released two days back has already crossed seven million views on YouTube. In an exclusive chat with indianexpress.com, Bollywood’s leading rapper revealed the story behind “Heartless” and why he took so many years to finally cut an album.

“I’m just lazy and I couldn’t focus enough to complete an album. It takes a lot of discipline, time and patience because it is a long process but I’m so glad it is finally out. I feel I’ve lived with the album for so long, I’ve started to believe it is alive. Now that the album is out, it is a very emotional moment for me,” he said while getting candid about O.N.E. Badshah’s debut album O.N.E. has a collection of 17 songs, all for different moods. In each track, he has collaborated with leading singers like Aastha Gill and Sunidhi Chauhan. badshah song heartless Badshah plays a singer in “Heartless” who fulfils the last wish of a little girl.
“Heartless” has been sung, composed and penned by Badshah and has Aastha giving him company. The number also has actor Parineeti Chopra’s special voice appearance. Badhsah also features in its video alongside child artiste Aashi Mickey. The video has been directed by Gurickk G Mann, the son of Gurdas Mann.

The video shows how Badshah comes to meet his young dying fan to fulfil her last wish. He meets her secretly, ending up receiving backlash on social media. The song tells a story and has Badshah showing his acting prowess too.

“When I made this song, it was about longing and love. I wrote it back in 2005 when I was in college and struggling. It was a song about long distance relationship, how the girl was yearning to spend time with her lover and how her lover was probably busy hustling his way to the industry, trying to become a rapper and make an album. Then Gurickk Mann narrated a concept to me, which was absolutely different to what the song was all about. I got so emotional. It is all his vision. Of course the screenplay had to be there because it is a story. He made things very easy for me. He made me very comfortable. Probably that’s why the results are so good,” Badshah shared while reminiscing about the concept of the video.

The rapper, who has churned out blockbuster tracks like “Kala Chashma”, “Kar Gayi Chull”, “Abhi Toh Party” and “Tareefan”, also shared why from 30 songs, he decided to keep only 17 in the final album. According to him, the album is inspired by a lot of things in his personal life.

“There is a lot of personal lyricism as well. There is a lot of exposure about my life. Originally the album was to contain 30 songs but then I curtailed it to 17 songs because I thought maybe it is too early to let people know a lot of stuff that I want them to know, but not right now. Let’s just keep the vibe around the album very light. And if I want to give a taste of this medicine, let it be gradual,” he said. 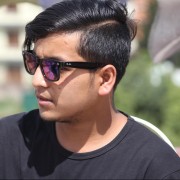 Subscribe to our channel
Most Viewed
By Sunil Kunwar
All (1)